A memorial to celebrate her life will be held:

The Lodge at Snow Valley

Morag was loved and respected by all who knew her through her passionate activism in AUPE, Local 006 and broader social justice movements.

Morag was a long-time Child and Youth Care Worker at the Yellowhead Youth Centre in Edmonton. As a worksite activist she was a formidable advocate for workers’ rights and the services they provided to vulnerable children and youth.

As a former Chair of Local 006 she helped lead the fight against government cuts during the Klein era of the 1990s and helped stop the privatization of the entire Children’s Services Department.

Morag never missed the opportunity to be on picket lines, rallies, demonstrations or wherever workers were standing up and fighting back.

For her tireless dedication to the members of AUPE over many years, Morag was awarded AUPE Life Membership upon her retirement a few years ago.

Our AUPE family, and particularly Local 006, is in mourning at the passing of Morag. But we celebrate her guidance and leadership knowing that our union and our province are better places because of her passion and activism. She will forever be in our hearts and minds.

It is with great sadness that we announce the sudden passing of Pamela Voysey (Wilford) on July 31st, 2021.

Pam was born in High River to Ingrid and Lawrence Wilford on July 20, 1962. They moved to Ponoka when she was about 6 or 7, where she grew up and attended school. Pam excelled in school and often achieved honour marks. She set the bar high and always held herself to a higher standard. She was a perfectionist, and if it wasn’t done right, it was going to get re-done again and again until it was.

She married Rob Voysey in May of 1982 and they had 2 children, Kimberly and Michael Voysey. She started working at the Alberta Hospital Ponoka, (later renamed the Centennial Centre for Mental Health and Brain Injury) and was the third generation to work there, after her grandmother and mother. She was kind, caring and compassionate and had a work ethic second to none. She was well loved by those she worked with in the 35+ years she was with the hospital. She loved singing and song-writing and played the guitar very well.

Pam always had a love for animals, especially horses. She spent lots of time riding and taking care of her horse when she was growing up. Her love of animals carried on throughout her life and she always had a soft spot for a stray kitty or two. She loved being in her garden and backyard, planting flowers or sitting at her fireplace. She was always learning to do new things and there wasn’t much she wouldn’t try her hand at. She spent her time renovating her home and landscaping her back yard almost entirely herself. She will be terribly missed by all that knew her.

A celebration of her life will be held at the Ponoka Funeral Home on Friday, August 13, 2021 at 1:30 p.m. with a fellowship to follow after the service. The service will be live-streamed and can be viewed at service time on the viewer at the bottom of this page. The recording will remain on this page for 90 days.

In lieu of flowers, donations can be made to Old Macdonald Kennels or The Canadian Diabetes Association.

Local 009 has lost a great member of our Union family.

Anita Lerch (Red Deer, Michener Services) succumbed to her lengthy health battle on Aug 11, 2021. Many of you may remember Anita from attendance to many conventions, educational and conference opportunities, and putting her feet on the street for countless rallies, information pickets, and so much more! You just had to say "get your pinny on" and she was there, smiling all the way.

Anita held the position of Local Secretary for over 7 terms, Chapter Secretary for over 5 terms, and never once missed a meeting! She was extremely proud to be an AUPE member and the positions she held were extremely important to her. Through Anita’s years as an active AUPE member, she made many great friendships and Anita always made time to say hello to every one of them, even while passing through the bustling hallways at convention.

We wish fond memories to those that knew her.

Anita was employed at Michener services for over 30 years and has many dear close friends/workmates and they as well will miss her.

On a personal note, we wish her family and close friends some relief from the loss of Anita, and to know she knew what she needed and that was to go ‘home’.

In Solidarity
And heavy hearts
Local 009 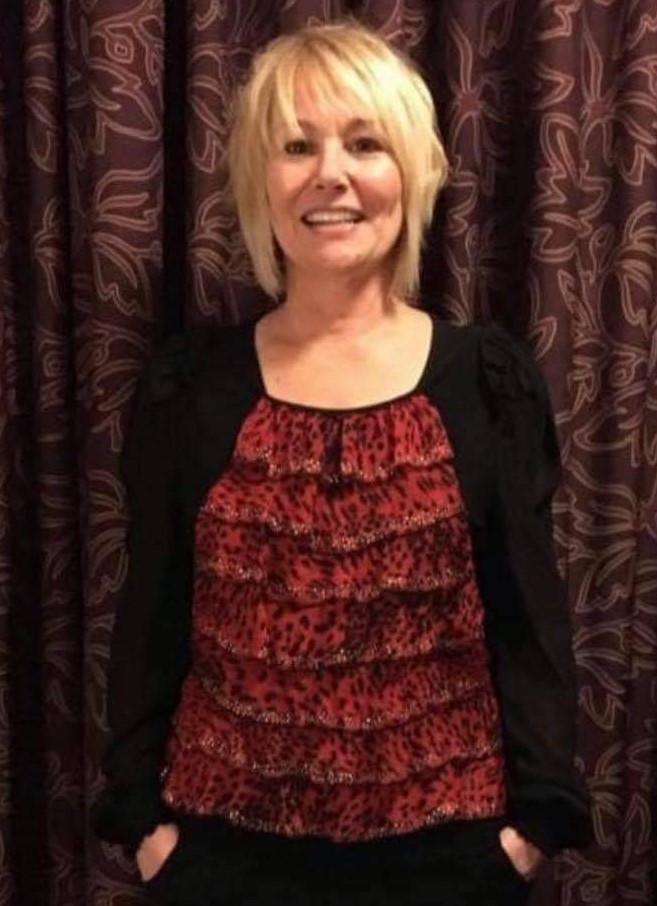 He moved to Calgary, Alberta in August 1979.

Terry served his co-workers and his union as a Worksite Contact, Union Steward, Chapter Council Rep, Local Council Rep, and as Local 095/Chapter 001 Chair. He also volunteered with Theatre Calgary.

Terry accomplished much through his life and was particularly proud of his cats and working with Alberta Health Services for fifteen years.

Terry enjoyed playing bingo and computer games. He was passionate about his job and loved to interact with everyone.

He will be most remembered for his kindness and consideration of others.

Terry is survived by his mother, Sharon, father, Charles, step-father, Gerald; as well as numerous cousins and friends.

It is with deep sadness the family of Michael Kennedy announces his passing on November 16, 2020.

Michael was born on January 08, 1941 in Portsmouth, England. He entered apprenticeship at the age of 15, working in the Port Kembla steelworks in Woolongong NSW, Australia. He moved to Canada in 1964 and worked on many residential and commercial projects in Edmonton.

Michael worked as an electrician in Physical Plant at the University of Alberta Hospital from 1979 until his retirement in 2006. Michael was an active member of Local 54 Chapter 01; serving as Shop Steward, Health & Safety Representative and an elected delegate to numerous local and national conventions. He was honoured with the Rolyn Sumlak Memorial Award in 2002.

It was shortly after his retirement in 2006 that he was diagnosed with Parkinson's Disease. He will be remembered for his wry British humour, his creativity in the arts and love for camping and canoeing. He leaves behind his partner Della Letnes, son Mark and family, daughter Lara, as well as many friends and relatives across the world. We hope to gather, when circumstances allow, to celebrate this passionate, creative man who believed in the Union and worked hard to make the workplace a friendlier and safer environment.

Andrew was born in Sheffield, England on July 31, 1979; the eldest son of David and Catherine Brown. He attended local schools in Dronfield, his hometown, before pursuing a diploma at Sheffield Hallam University. As a boy, Andrew developed a great love for football (soccer) and played for many years as a goalkeeper on local teams. He was a lifelong supporter of Sheffield United and was thrilled that they were recently promoted to Premier League.

Andrew's second passion was for ice hockey. He captained the Ice Tigers and supported Sheffield Steelers in the UK. This love helped guide him towards immigrating to Canada in 2011. Andrew quickly immersed himself in Canadian culture and enjoyed spending time in the great outdoors - making regular trips to the Rockies and Kelowna, BC. He played hockey with the Vipers for many years, captained the Alphas and worked for a long time as a referee. He was a devoted Flames fan who worked hard towards his dream of getting season tickets.

Andrew first came to Canada in 1999 for a year away after graduation. During this time, he worked at Sport Check where he made many lifelong friendships. Upon returning to the UK, Andrew took a job at HSBC in Sheffield before starting his career in post-secondary work at Sheffield Hallam University. After immigrating to Canada, Andrew became an International Student Advisor at the Southern Alberta Institute of Technology (SAIT) and a member of the Alberta Union of Provincial Employees (AUPE).

He will be most remembered for his passion for life, his generosity of spirit and his ability to think of others before himself.

Andrew is survived by his loving wife, Tanya, and his parents, David and Catherine. He is also survived by his sister Anna, her husband Matthew and their sons, Duncan and Alastair; Andrew's brother Jonathan, his partner Jenifer and their son Dougie; as well as a large extended family and many, many friends. Andrew was predeceased by his younger brother,
Richard.

On Monday March 9th, 2020 Jane Brynda Pederson (Roberts) passed away at the age of 69 years.

In lieu of flowers, donations can be made in Jane’s name to the Edmonton Humane society or any animal rescue society of your choosing.

In keeping with Jane’s wishes cremation has already taken place, and a celebration of Jane’s life will take place at a later date once the Coronavirus pandemic subsides, and Jane’s husband Gordie is finished his cancer treatments at the Cross Cancer institute.